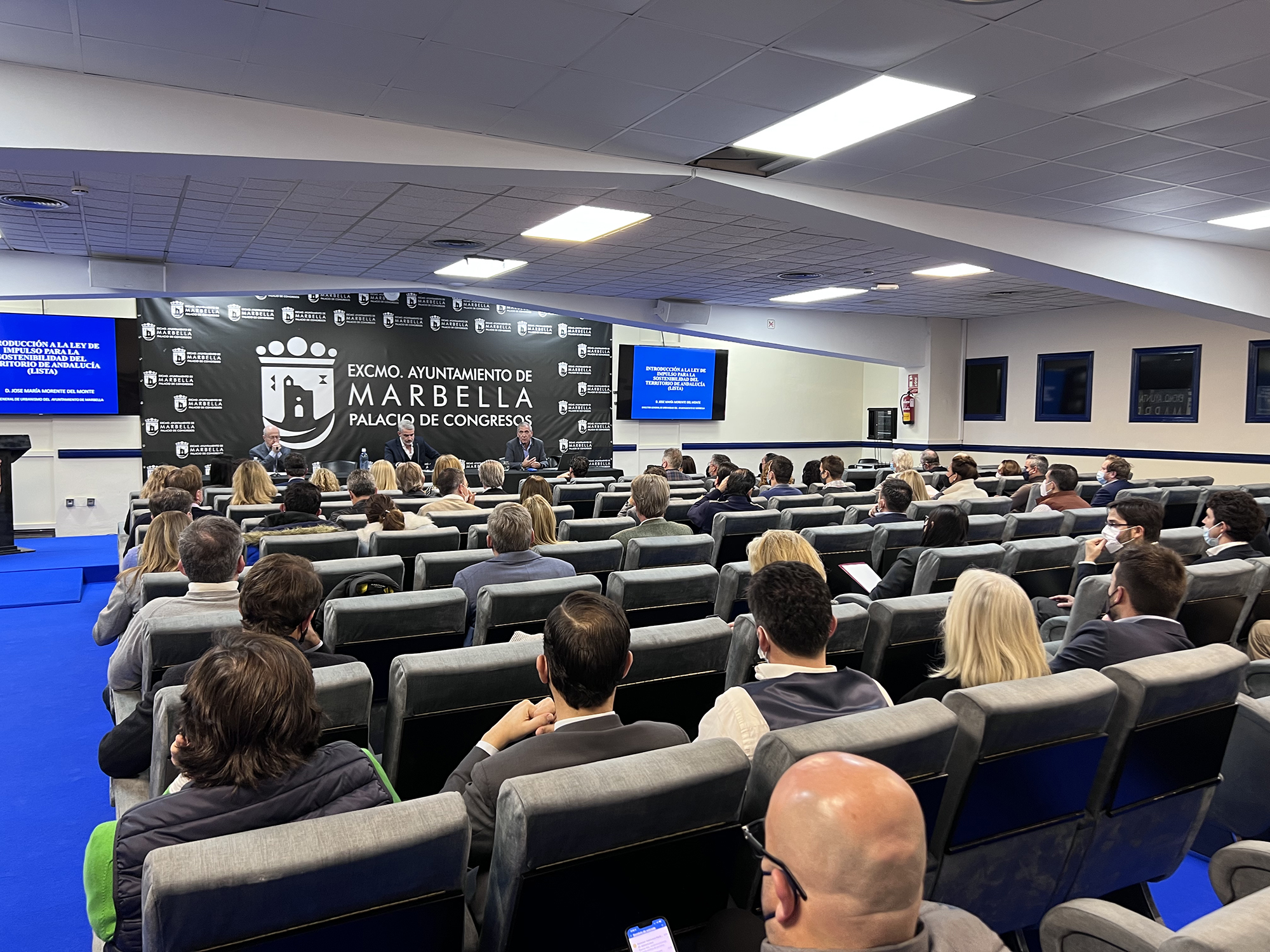 The first Urban Planning Seminar of the LPA (the Leading Property Agents of Spain) was held on Thursday 15thOctober at the Palacio de Congresos conference centre in Marbella to evaluate the progress of the town’s new PGOU urban plan. Exclusive to members of the LPA, this important event saw a special presentation made by José María Morente, General Director of Urban Planning at the Marbella Town Hall, and lawyer and legal expert Ignacio Pérez de Vargas.

For several years now, Marbella has been in the unenviable position of having to revert back to a planning directive that dates back to 1986. The problem arose when a new version of the PGOU (Plan de Ordenación Urbanística) produced by the Marbella town hall in 2010 was annulled by the Supreme Court in 2015. From that moment on, the 1986 PGOU – which no longer serves the needs of a modern Marbella – was reimposed as a temporary measure while work began on the drafting of a complex new PGOU.

Now, several years later, urban planner José María Morente has been called upon to head up a new team tasked with reinvigorating the process, with a view to providing Marbella with an urban planning directive that will not only pass muster with the regional authorities, but also serve the needs of this ever-evolving community for many years into the future. It was against this background that members of the LPA were given a rare personal update on the state of affairs by José María Morente and legal and urban planning expert, Ignacio Pérez de Vargas at the LPA’s Urban Planning Seminar.

Creating a blueprint for the urban development of Marbella

The new Marbella PGOU will not only have to create a guideline for future urban planning and property development, but also has the task of providing a framework for the legalisation of properties built outside of the regulations in the past. Until now, such homes have fallen within a legal void, but on the 29th July this year an advance was approved by the town hall expressly to deal with this situation by enabling citizens to participate in the debate and provide suggestions. As such, it is a preparatory act that allows for public scrutiny of the proposed urban planning guidelines until 30th December 2020.

As part of the process of developing the original 1986 PGOU into a new planning guideline for the future, the Marbella Town Hall has stated the desire for it promote the following objectives:

The latter has at its root the confusion of three unresolved PGOUs; those of 1986, 1998 and 2010, the second of which was never approved by the Regional Government, and the latter of which as mentioned above was rejected by the Supreme Court in 2015. The prime objective of future urban planning in Marbella should therefore not only be capable of creating an acceptable structure for the legalisation of thousands of properties built against the directives of the 1986 PGOU, but also provide an effective blueprint for sustainable urban development within Marbella’s municipal boundaries.

It goes without saying that the above should satisfy the scrutiny of judicial diligence and provide full legal security as well as promote the unique interests of a place that is both a city and an international brand. The seminar organised by the LPA for its members offered a rare opportunity to interact with those tasked with creating this vital new body of regulations for Marbella, and it proved a highly valuable insight into where Marbella is heading in the coming years.